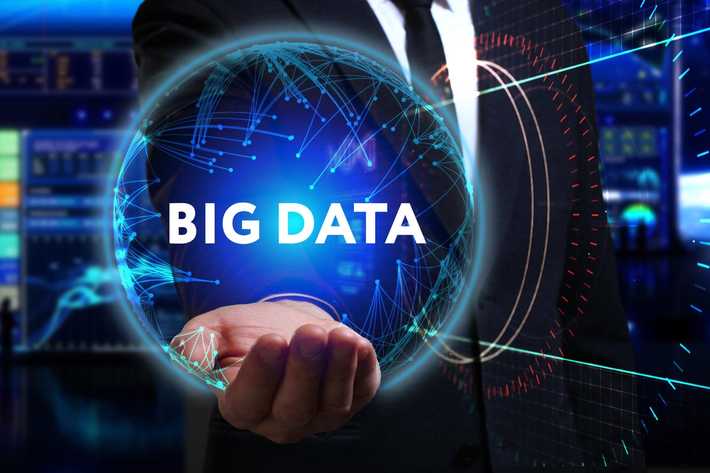 Data engirds the entire world. Data is evolving just like any other thing on this globe. Being a part of this tech-oriented world, today we human beings create as much information in just 2 days as we did since the beginning of time till 2003.

The number of data industries store and capture magnifies every 1.2 years. Nonetheless, in this modern age of technological innovations and computational advancements, we upload 200 thousand photos on Facebook, generate 278 thousand tweets on Twitter,  1.8 million Facebook likes, and send 204 million emails every second! Facebook users share 30 billion pieces of content among them each day. Talking of Google, alone processes approximately 40,000 search queries every second, making it more than 3.5 billion in a single day. The data centers of this era occupy an area of land equivalent to the size of almost 6000 football fields. Hence, data evolution is unpredictable.

Do you know that bad data can cost an organization up to 20% of its revenue? Astonishing isn’t it? But the question arises how to dodge it? How to process that vast amount of data? how to clean it? Analyze it? How to Form connections, patterns, trends, and correlations out of it? Here’s when big data technologies get developers’ and IT experts’ back.

Recently, big data has been on the tip of the tongue of almost everyone, paving the way from hype to mainstream. Undoubtedly, efficient and accurate data management for enterprises is crucial to stay competitive in this tech-driven era. Thanks to the emergence of revolutionary artificial intelligence and innovative machine learning algorithms due to which an essential sub-field called Big Data can come into existence. From healthcare to manufacturing, to retail to the entertainment industry, big data is everywhere. Big data helps IT experts deal with several sets of complex real-time data analytics. Big data is defined by its qualities, also called 4 V’s – Veracity, Variety, Velocity, and Volume. Installation of big data technologies in the computer systems of developers and IT experts help to transform data into business insights. Moreover, big data technologies are categorized into 4 major fields of efficient utilization data analytics, data mining, data visualization, and data storage

Below is the list of the 10 most evolving big data technologies emerging prominently in 2022 and upcoming years.

So without further ado, let’s glide right into it.

Elasticsearch is a free open search distributed analytics engine. It includes structured, unstructured, geospatial, numerical, and textual types of data. It is built on Apache Lucene, known for its scalability, speed, REST APIs, and distributed nature.

Hadoop is a very popular open-source framework or data platform which was developed and deployed in Java. The purpose of Hadoop is to store, analyze, and process vast sets of unstructured data. Cutting-edge big data technologies engirdled the world with the data splitting from digital media. However, Apache Hadoop was one of those inventions that exhibited this wave of modernization.

Hadoop supports several programming languages. Some of them are as follow:

MongoDB is a distributed document-oriented database. It aims to facilitate the data management of structured, semi-structured, or unstructured data in real-time for application developers. It also helps to store data in documents similar to JSON to allow dynamic and flexible schemas. It provides a dominant query language for indexing, ad hoc queries, graph search, text search, geo-based search, aggregation, and many other facilities.

MongoDB supports a broad range of popular programming languages. Here are a few of them:

Tableau SDK can be implemented using any of the following languages:

Apache Cassandra is a reliable, robust, free, and open-source wide column store distributed NoSQL database management system. It is designed to handle an extensive amount of data across several commodity servers, providing high availability and scalability with not even a single chance of risk or failure.

How to get started with Cassandra?

We require to set up Linux using ssh (Secure Shell) before installing Cassandra in the Linux environment.

In the beginning, it is recommended to create a separate user for Hadoop to isolate the Hadoop file system from the Unix file system. Follow the steps given below to create a user.

Java is the main prerequisite for Cassandra. First of all, you should verify the existence of Java in your system using the following command −

If everything works fine it will give you the following output.

If you don’t have Java in your system, then follow the steps given below for installing Java.

Then jdk-7u71-linux-x64.tar.gz will be downloaded onto your system.

Generally you will find the downloaded java file in the Downloads folder. Verify it and extract the jdk-7u71-linux-x64.gz file using the following commands.

To make Java available to all users, you have to move it to the location “/usr/local/”. Open root, and type the following commands.

For setting up PATH and JAVA_HOME variables, add the following commands to ~/.bashrc file.

Now apply all the changes into the current running system.

Use the following commands to configure java alternatives.

Now use the java -version command from the terminal as explained above.

Set the path of Cassandra path in “/.bashrc” as shown below.

Unzip Cassandra using the command zxvf as shown below.

Create a new directory named cassandra and move the contents of the downloaded file to it as shown below.

Open the cassandra.yaml: file, which will be available in the bin directory of Cassandra.

Note − If you have installed Cassandra from a deb or rpm package, the configuration files will be located in /etc/cassandra directory of Cassandra.

The above command opens the cassandra.yaml file. Verify the following configurations. By default, these values will be set to the specified directories.

Make sure these directories exist and can be written to, as shown below.

As super-user, create the two directories /var/lib/cassandra and /var./log/cassandra into which Cassandra writes its data.

Give Permissions to Folders

Give read-write permissions to the newly created folders as shown below.

To start Cassandra, open the terminal window, navigate to Cassandra home directory/home, where you unpacked Cassandra, and run the following command to start your Cassandra server.

Using the –f option tells Cassandra to stay in the foreground instead of running as a background process. If everything goes fine, you can see the Cassandra server starting.

To set up Cassandra programmatically, download the following jar files −

Place them in a separate folder. For example, we are downloading these jars to a folder named “Cassandra_jars”.

Set the classpath for this folder in “.bashrc”file as shown below.

//Set the following class path in the .bashrc file.

Right click on the project, select Build Path→Configure Build Path as shown below.

It will open the properties window. Under Libraries tab, select Add External JARs. Navigate to the directory where you saved your jar files. Select all the five jar files and click OK as shown below.

Under Referenced Libraries, you can see all the required jars added as shown below −

Given below is the pom.xml for building a Cassandra project using maven.

The top-notch big data platform, RapidMiner, delivers transformational business insights to several industries. It plays a pivotal role in upskilling organizations’ extensibility and portability. RapidMiner is popular among researchers and non-programmers because of its compatibility with Flask, NodeJS, Android, iOS, and more.

The Splunk platform transforms a tremendous amount of machine-generated data into times series events to answer operational and business questions in real-time. Splunk’s Search Processing Language (SPL) is at the core of the Splunk platform. The immense capabilities of SPL empower everyone to ask any question regarding any machine data. Splunk enterprise consists of two major services: Splunk Web Services(splunkweb) and Splunk Daemon(splunkd).

R is a programming language and an ecosystem used for statistical graphics and computing. It is a GNU project just like the S programming language and environment.  R provides a broad range of statistical techniques including clustering, classification, time series analysis, classical statistical tests, linear modeling, nonlinear modeling, and more. It also provides highly extensible graphical techniques. Its strength which makes it stand out is the ease of producing well-designed publication-quality plots including mathematical formulae and symbols.

Stay Informed of What’s Coming Up!

The general manager and vice president at Intel, Wei Li, claimed that

“Big data and its associated buzz words such as artificial intelligence, machine learning, and deep learning are becoming more sophisticated over time. We are yet to see more potential beyond retail trend analyses, fraud detection devices, and self-driving cars.”

Another prediction regarding big data is the acceleration of “actional data” or “fast data”. Unlike big data that typically relies on NoSQL databases and Hadoop, fast data processes real-time streams to analyze data promptly. This brings more value to IT experts and developers to make important strategic decisions when data arrives. According to a prediction by IDC, approximately 30% of the world’s data will be utilized in real-time by the year 2025. Moreover, organizations will make the information more accurate, actionable, and standardized by processing data through analytical platforms.

At the heart of it all, big data also has a dark side. Several tech giants are facing heat from the public and government regarding the issue of data privacy. Laws that govern people’s right to their data will result in restricted albeit honest data collection. Likewise, the rapid growth in online data exposing us to cyberattacks every second day will amplify the significance of cybersecurity in the approaching years.