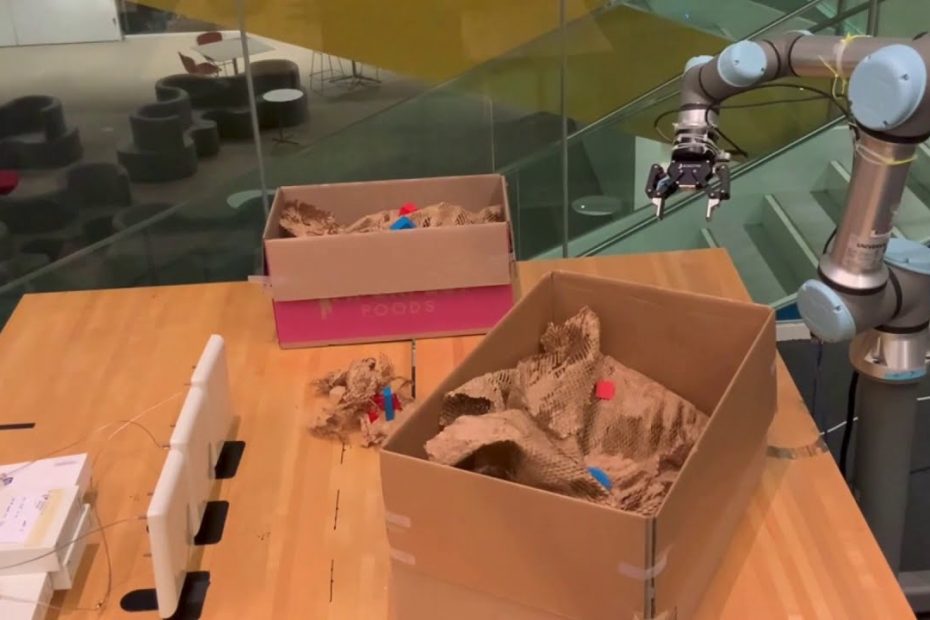 The researchers have developed a robot that uses radio waves, which can pass through walls, to sense occluded objects. The robot, called RF-Grasp, combines this powerful sensing with more traditional computer vision to locate and grasp items that might otherwise be blocked from view. The advance could one day streamline e-commerce fulfillment in warehouses or help a machine pluck a screwdriver from a jumbled toolkit.

The research will be presented in May at the IEEE International Conference on Robotics and Automation. The paper’s lead author is Tara Boroushaki, a research assistant in the Signal Kinetics Group at the MIT Media Lab. Her MIT co-authors include Adib, who is the director of the Signal Kinetics Group; and Alberto Rodriguez, the Class of 1957 Associate Professor in the Department of Mechanical Engineering. Other co-authors include Junshan Leng, a research engineer at Harvard University, and Ian Clester, a PhD student at Georgia Tech.

As e-commerce continues to grow, warehouse work is still usually the domain of humans, not robots, despite sometimes-dangerous working conditions. That’s in part because robots struggle to locate and grasp objects in such a crowded environment. “Perception and picking are two roadblocks in the industry today,” says Rodriguez. Using optical vision alone, robots can’t perceive the presence of an item packed away in a box or hidden behind another object on the shelf — visible light waves, of course, don’t pass through walls.

But radio waves can.