“All models are wrong, some are useful” ≠ Modeling is a futile exercise 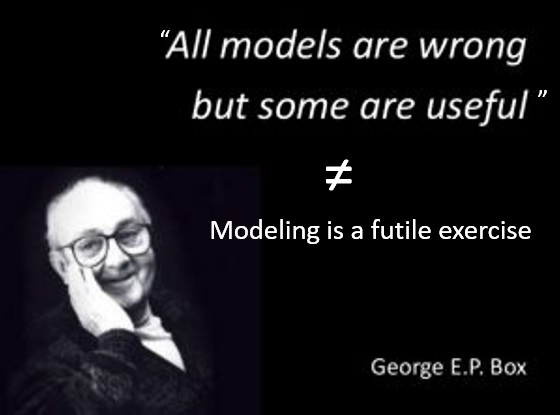 The phrase “All models are wrong, some are useful” is quite loosely used. Some take it in a very literal sense to imply that “Modeling is a futile exercise”.

This is a terrible misunderstanding and we shall see why shortly.

“All models are wrong, some are useful” is an aphorism (meaning it is a concise expression of general truth). But the aphorism in this case leads to misinterpretation.

Firstly, it is important to understand what modeling is.

The purpose of modeling is to provide an abstraction of real process. Basically, a good approximation of reality.

Anybody who mistakes the abstraction for the real, commits the Fallacy of Reification (yup, one more fallacy to add to the list of all fallacies which we data scientists/statisticians commit).

Anybody who mistakes the abstraction for the real, commits the Fallacy of Reification

Coming to why the phrase should not be taken literally, a good analogy would be that of an example of a Map.

In an exact sense, a map is also wrong because it does not provide 1:1 mapping of the real world.

So, George Box’s phrase should be construed the same way as a map is considered wrong because it does not represent the real world.

Does a map provide 1:1 mapping to the real world?

But is it mighty useful?

“All models are wrong, some are useful” ≠ “Modeling is a futile exercise”.

Your comments are welcome.

You can reach out to me on