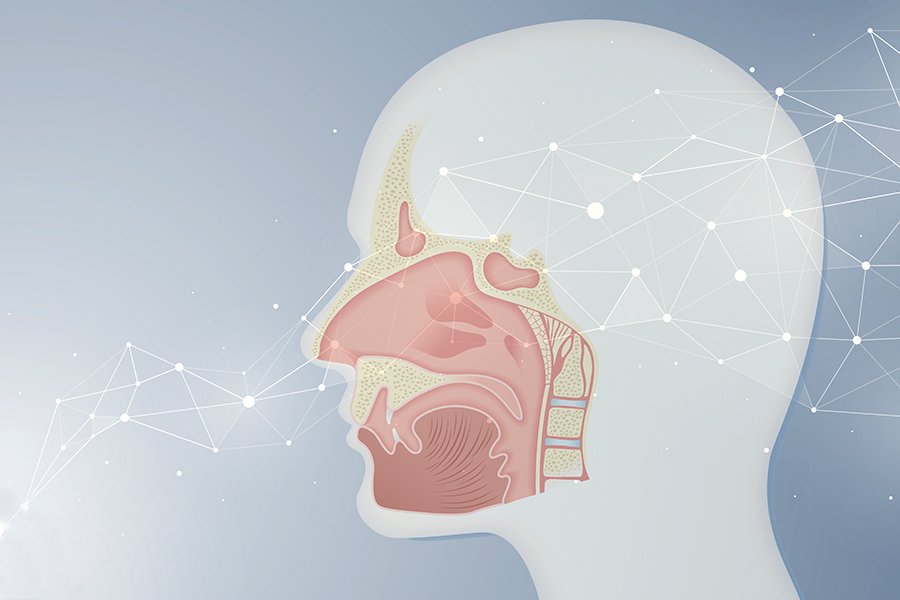 Using machine learning, a computer model can teach itself to smell in just a few minutes. When it does, researchers have found, it builds a neural network that closely mimics the olfactory circuits that animal brains use to process odors.

Animals from fruit flies to humans all use essentially the same strategy to process olfactory information in the brain. But neuroscientists who trained an artificial neural network to take on a simple odor classification task were surprised to see it replicate biology’s strategy so faithfully.

“The algorithm we use has no resemblance to the actual process of evolution,” says Guangyu Robert Yang, an associate investigator at MIT’s McGovern Institute for Brain Research, who led the work as a postdoc at Columbia University. The similarities between the artificial and biological systems suggest that the brain’s olfactory network is optimally suited to its task.

Yang and his collaborators, who reported their findings Oct. 6 in the journal Neuron, say their artificial network will help researchers learn more about the brain’s olfactory circuits. The work also helps demonstrate artificial neural networks’ relevance to neuroscience. “By showing that we can match the architecture [of the biological system] very precisely, I think that gives more confidence that these neural networks can continue to be useful tools for modeling the brain,” says Yang, who is also an assistant professor in MIT’s departments of Brain and Cognitive Sciences and Electrical Engineering and Computer Science.

For fruit flies, the organism in which the brain’s olfactory circuitry has been best mapped, smell begins in the antennae. Sensory neurons there, each equipped with odor receptors specialized to detect specific scents, transform the binding of odor molecules into electrical activity. When an odor is detected, these neurons, which make up the first layer of the olfactory network, signal to the second layer: a set of neurons that reside in a part of the brain called

The post Artificial networks learn to smell like the brain appeared first on MIT News | Massachusetts Institute of Technology.