At the crossroads of language, technology, and empathy 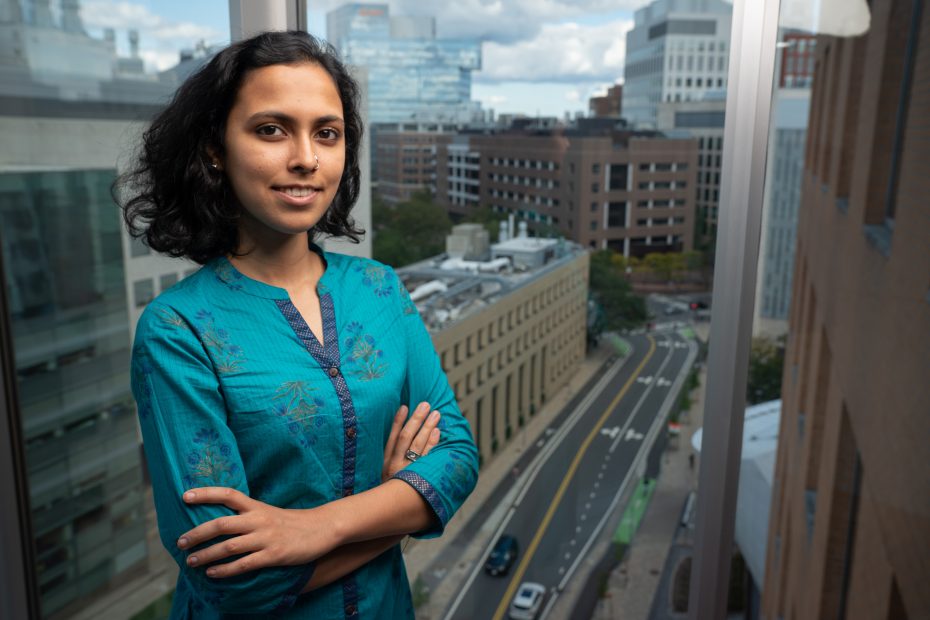 Rujul Gandhi’s love of reading blossomed into a love of language at age 6, when she discovered a book at a garage sale called “What’s Behind the Word?” With forays into history, etymology, and language genealogies, the book captivated Gandhi, who as an MIT senior remains fascinated with words and how we use them.

Growing up partially in the U.S. and mostly in India, Gandhi was surrounded by a variety of languages and dialects. When she moved to India at age 8, she could already see how knowing the Marathi language allowed her to connect more easily to her classmates — an early lesson in how language shapes our human experiences.

Initially thinking she might want to study creative writing or theater, Gandhi first learned about linguistics as its own field of study through an online course in ninth grade. Now a linguistics major at MIT, she is studying the structure of language from the syllable to sentence level, and also learning about how we perceive language. She finds the human aspects of how we use language, and the fact that languages are constantly changing, particularly compelling.

“When you learn to appreciate language, you can then appreciate culture,” she says.

Communicating and connecting, with a technological assist

Taking advantage of MIT’s Global Teaching Labs program, Gandhi traveled to Kazakhstan in January 2020 to teach linguistics and biology to high school students. Lacking a solid grasp of the language, she cautiously navigated conversations with her students and hosts. However, she soon found that working to understand the language, giving culturally relevant examples, and writing her assignments in Russian and Kazakh allowed her to engage more meaningfully with her students.

Technology also helped bridge the communication barrier between Gandhi and her Russian-speaking host father, who spoke no English. With help from Google Translate, they bonded over shared interests, including 1950s and ’60s Bollywood music.

As she began to study

The post At the crossroads of language, technology, and empathy appeared first on MIT News | Massachusetts Institute of Technology.