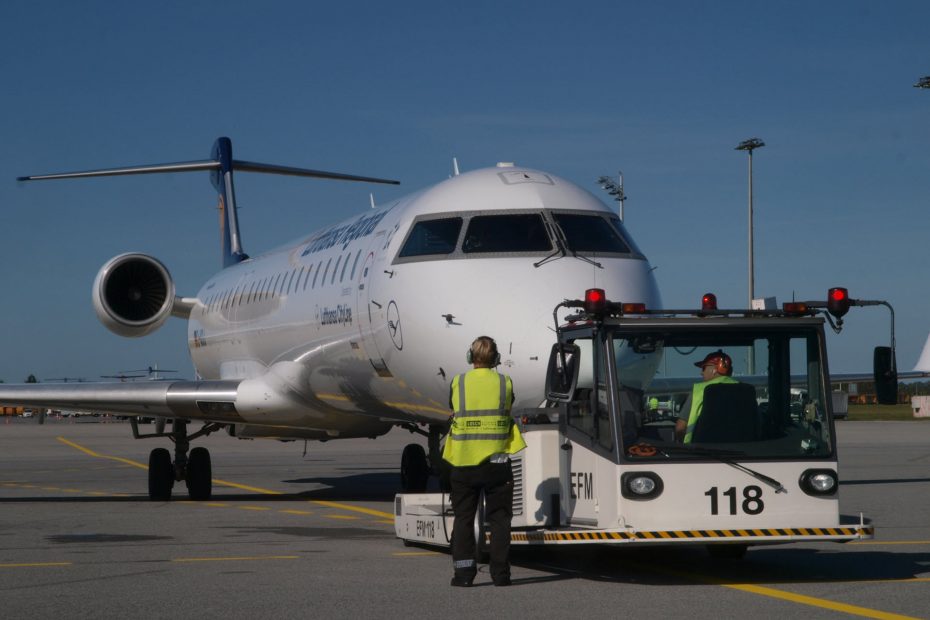 At any given moment, turnaround coordinators for German airline Lufthansa CityLine have their eyes glued to monitors displaying more than half a dozen video feeds of airplanes parked at gates around the airport. The coordinators’ job is to ensure that the planes are unloaded, refueled, cleaned, restocked and reloaded so that every passenger reaches their destination safely, on time and with their luggage.

Minutes lost here or there in the turnaround process can add up, costing airlines millions of dollars a year. As many in the industry note, airplanes only make money while in the air.

“Think of a pitstop in a car race, and this is pretty much the same that happens in a turnaround for an aircraft,” said Philipp Grindemann, head of business development and project management for Lufthansa CityLine. “All the processes need to be on time, need to be fast, need to be lean.”

Lufthansa CityLine is a subsidiary of Lufthansa, one of the world’s major airline groups with a network that spans the globe. Lufthansa maintains hubs in Frankfurt and Munich, Germany. Lufthansa CityLine connects passengers with destinations around Europe to and from these hubs, flying more than 300 flights per day. Ontime arrivals and departures are essential for customer satisfaction and Lufthansa’s bottom line.

In a pilot phase, the airline partnered with zeroG, a Lufthansa Group consulting company founded by Lufthansa Systems to accelerate the tangible impact