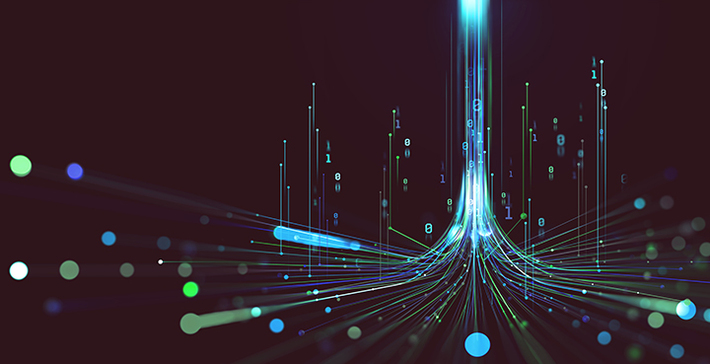 The advent of the digital age is considered one of the most revolutionary eras in human history. The digital revolution colloquially called the ‘third industrial revolution, started with the shift from analog and mechanical technologies to digital technologies. This shift introduced the field of computer science and its related technologies.

With massive improvements in processing power, storage, cloud technologies, and hardware devices, the digital space has become a vast ecosystem that is ripe for commercialization, with the digital economy generating trillions of dollars each year around the world. Data is shared on the internet is now worth as much as gold or oil. But just like oil, data in its raw form is useless. It’s only worth something after it is processed into a more useful form.

This is where a new army of data scientists and data analysts comes into the picture. They are responsible for creating programs to process this raw data into a more useful form that can be exploited for commercial purposes.

These commercial purposes can be anything, from finding out the most popular flavor of ice cream in an ice-cream shop based on the number of customers who buy them, to plotting out the best design for a road to ensure the minimum possibility of accidents derived with data from previous accidents. We can predict the future based on the past experiences of such events.

WHO IS A DATA SCIENTIST AND DATA ANALYST?

Data Analysts are professionals who take raw data, process them using mathematics and statistical analytics, and present them in such a way that everyone can understand. They provide valuable insights that can be used to improve business practices and increase profits.

A data scientist on the other hand uses the power of arithmetics, statistics, and sometimes calculus to draw conclusions from raw data. They derive meaning from data and use that to theorize or predict what can happen in the future.

A data analyst simply interprets data in layman’s terms. A data scientist analyzes the data, extracts meaning from it, and draws conclusions that the company/organization can work or improve upon to increase their revenue and their customer experience.

DATA SCIENCE AS A CAREER:

The average salary of a data scientist who is just getting into the field is Rs.500,000 per year, and those with 1 to 4 years of experience can expect that amount to go up to ₹610,811 per year (Source). Career opportunities in the field have exploded in the past few years, with almost all major software companies hiring data analysts and other professionals related to the field to work on various projects. With data science making rapid progress over the past twenty years and expected to significantly impact the lives of everyone on the planet over the next few years, companies are getting aboard to get their share of the pie. Almost all industries, from hospitality to space exploration to even government organs are utilizing the power of data to better conduct their business.

India is the second-largest country, after the United States, in terms of job opportunities for data scientists in the world. There are almost 50,000 jobs generated per year in the field of data science in the country, with career prospects looking plentiful. As you gain experience in the field, your value will only increase exponentially. You can also expect MNCs to post you abroad in Europe or the US with salaries increasing to almost $250,000 per year.

There is a huge scope for data analysts and scientists in almost all professions today, but it is getting competitive due to the lure of better career prospects in the field.

Ever since COVID-19 was declared a pandemic by the World Health Organization (WHO) in March 2020, the data on the cases and infections being released by governments worldwide, along with data released by the WHO and UN, have successfully been used to track and trace the spread of the disease and refining approaches to the way the disease is battled safely.

It has significantly improved contact tracing in countries like South Korea and has helped governments to establish networks to analyse infections and alert citizens about possible virus cases. They have helped in slowing down the spread of the virus.

Another important application has come out in Japan where data science is being used to identify cancerous cells in patients to better fight them without harming the healthy cells.

Airline industries are one of the most cash-intensive industries in the world. It is also one of the riskiest industries currently in existence, where each error results in life or death instances and profits margins are always thin.

With fuel prices increasing every day, along with the massive competition that exists, every rupee counts. To ensure the cost of operations of airplanes is kept reasonable, airlines use data science to predict optimal flight paths, weather conditions, flight delays, change seat prices, and the time taken to arrive at the destination hours before the aircraft leaves the runway.

Furthermore, tare is also used to ensure the best experience of customers and lower the cost of operations and maintenance of crew and aircraft.

The meteorological departments around the world use data analytics to predict storms, floods, and rains that will take place hours or weeks before they happen. These predictions have a huge impact on the economies of coastal areas like fisheries, shipping, and aircraft movement.

In India, the India Meteorological Department uses data science to predict cyclones and storms in the Bay of Bengal every year during the monsoon season to chart out evacuation procedures and give out warnings in advance. Every year, almost 12 lakh people are evacuated from their homes in Odisha, Andhra Pradesh, and West Bengal during cyclone seasons, resulting in lakhs of lives being saved.

Software and social media giants like Facebook, Google, and Twitter use data science to post targeted ads to users to increase their ad revenues. They use traits of specific users that the advertiser is looking for and record user interactions to various posts to target them with ads based on that data.

Last year, the money spent by companies for targeted advertisements increased to almost $70 billion worldwide, as they are revealed to increase consumers to click on them 2.68 times more frequently than regular advertising.

With the internet playing a larger role in the lives of everybody, consumption of digital media is only going to increase, and it’s a good bet that targeted ads will too.

The use of data science in banking is mostly related to security and fraud detection. Transactions that deviate from a standard set of rules can be flagged suspiciously and sent to the supervisors without any human intervention.

Data science is also being used to prevent money laundering and financing terrorism by blacklisting suspicious transactions and tracing them to report to the authorities.

Giant e-commerce companies such as Flipkart and Amazon use data science and data analytics to improve upon the products being displayed to their customers. They try to display the needs of the customer without them having to search for them individually. One big example is the ‘commonly bought together’ feature, which shows the items other customers have usually bought along with the present item the customer has put in their cart.

Amazon tries to build a profile of the customer based on their purchases and recommends items to them based on their history. All this is done using data analytics.

E-commerce is also one of the highest paying fields for data engineers, where starting salaries of good jobs usually start on the higher side from ₹8,00,000.

The most significant achievement using data science in the field of transportation is the evolution of self-driving or driverless cars/vehicles. With the pairing of data science with the Internet of Things (IoT) technologies, computers are pegged to replace human drivers in cars, trucks, and many other transport mediums. Algorithms have been developed that allow these vehicles to recognize traffic signals, signs, zebra crossings, objects such as traffic cones, and so on. These algorithms also enable the vehicle to learn from them. The job of the data scientist here is to design the algorithms in such a way that the necessary data that is collected is categorized properly to better optimize the performance of the vehicle.

Data science currently is used to predict fuel consumption of vehicles on different terrains and temperatures, along with predicting the behavior of drivers and traffic. Data science is extensively being used to identify obstacles on the road to prevent accidents.

Online cab aggregators like Ola and Uber are using data science to analyze passenger and driver profiles, and better match them to ensure a smooth ride. They also use it to save fuel and time, further increasing profits in a cash-intensive industry.

Data science is being used in education to evaluate student performances and guide them to improve on their learning weaknesses. They’re also being used to pair them with instructors who can specifically help them in academics and non-academics alike, and tailor course material based on the comfort of the student.

Universities also use them to innovate on their curriculum and see which courses are more popular among students to invest in them accordingly.

Data science is being used extensively in manufacturing to increase throughput and effectively managing raw materials. This can be done by predicting wastage and ensuring an adequate and timely supply of raw materials. Monotonous jobs are being automated at a rapid pace, and data science is being used to improve machine work, particularly those that are involved in precision manufacturing and autonomous robotics.

With improvements in the field of automation and data science, processes such as 3D printing, batch processing, and repetitive manufacturing have seen giant improvements, resulting in an increase in throughput all over the industry.

In online gaming, the company uses data science to create profiles of users and uses them to pair with each other in tournaments. Achievements such as levels crossed and missions completed are used as data to profile them.

In conclusion, data science is a rapidly growing technology that is found in many critical and commercial fields, with no sign of slowing down. Data is said to be the future, and data analysts and scientists will be paid very well as the applications of the technology grow.

Companies and governments are realizing the need to incorporate data science in their work, and are not shying away from paying big bucks to invest in the technology and manpower that drives it!