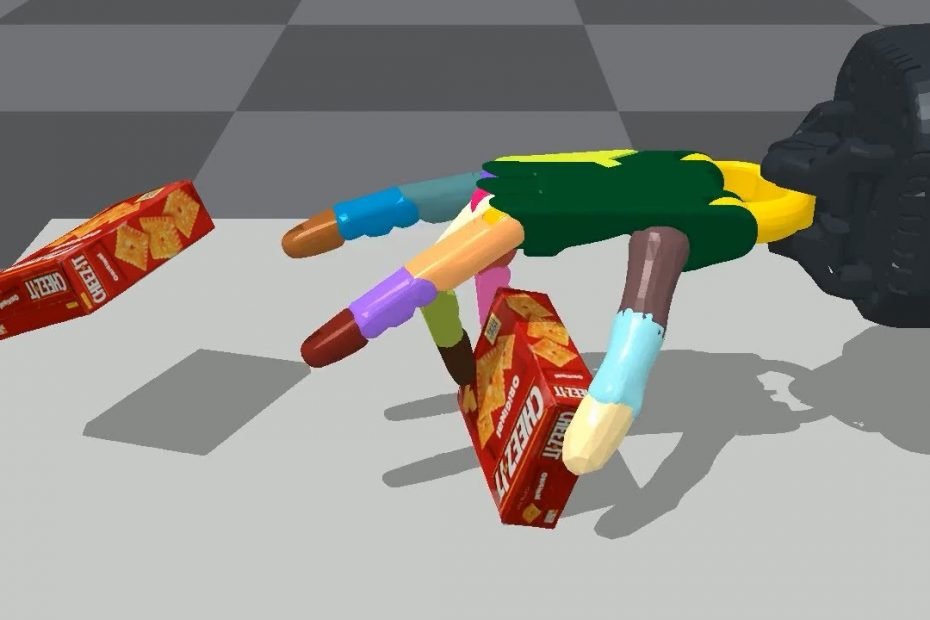 At just one year old, a baby is more dexterous than a robot. Sure, machines can do more than just pick up and put down objects, but we’re not quite there as far as replicating a natural pull toward exploratory or sophisticated dexterous manipulation goes.

Artificial intelligence firm OpenAI gave it a try with Dactyl (meaning “finger,” from the Greek word “daktylos”), using their humanoid robot hand to solve a Rubik’s cube with software that’s a step toward more general AI, and a step away from the common single-task mentality. DeepMind created “RGB-Stacking,” a vision-based system that challenges a robot to learn how to grab items and stack them.

Scientists from MIT’s Computer Science and Artificial Intelligence Laboratory (CSAIL), in the ever-present quest to get machines to replicate human abilities, created a framework that’s more scaled up: a system that can reorient over 2,000 different objects, with the robotic hand facing both upwards and downwards. This ability to manipulate anything from a cup to a tuna can to a Cheez-It box could help the hand quickly pick-and-place objects in specific ways and locations — and even generalize to unseen objects.

This deft “handiwork” — which is usually limited to single tasks and upright positions — could be an asset in speeding up logistics and manufacturing, helping with common demands such as packing objects into slots for kitting, or dexterously manipulating a wider range of tools. The team used a simulated, anthropomorphic hand with 24 degrees of freedom, and showed evidence that the system could be transferred to a real robotic system in the future.

“In industry, a parallel-jaw gripper is most commonly used, partially due to its simplicity in control, but it’s physically unable to handle many tools we see in daily life,” says MIT CSAIL PhD student Tao Chen, member of the MIT Improbable AI Lab and the lead researcher on the project. “Even using a plier