Finding the love hormone in a stressed-out world 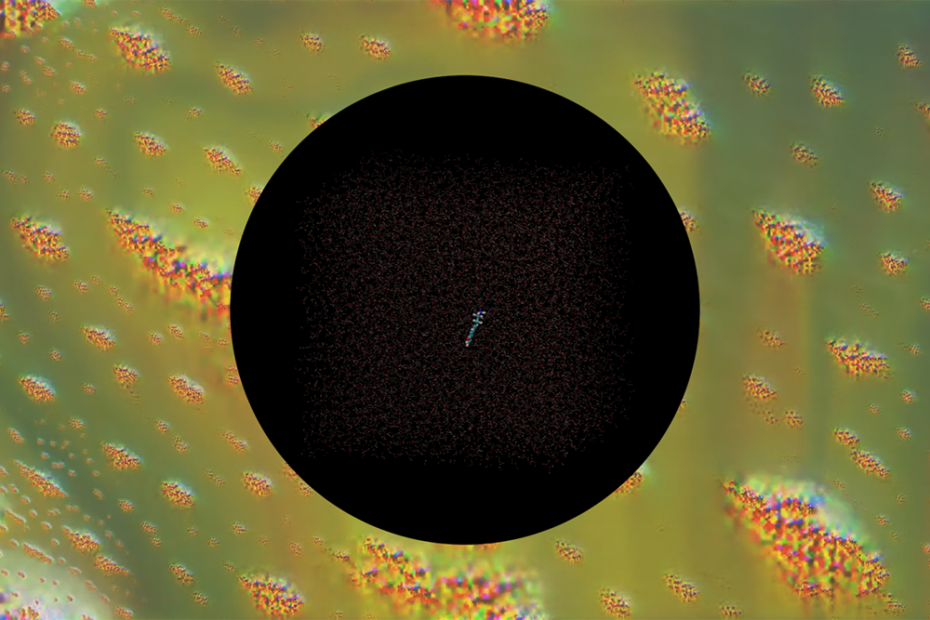 In Jenna Sutela’s work, which ranges from computational poetry to experimental music to installations and performance, the MIT Center for Art, Science & Technology (CAST) Visiting Artist enlists microbes and neural networks as co-creators.

“I want to explore this notion of expanded authorship through bringing in beyond-human life forms,” Sutela says. Inspired by science fiction, she employs both nature’s oldest technologies — the slime model Physarum polycephalum that has been compared to a computer — and the newest ones developed in research labs. Bacteria and artificial intelligence are among her many collaborators in creating artworks that challenge the deeply ingrained idea that humans exist apart from the teeming, vibrating world that contains us.

In April, Sutela participated in an Open Systems panel, moderated by Caroline Jones, professor of history theory and criticism, as part of this year’s CAST symposium. “Jenna Sutela operates in the fluid spaces of artistic knowing, bridging vastly separated topics from the ‘distributed intelligence’ of slime mold to the ‘alien intelligence’ flowing into a Victorian trance medium,” Jones notes, “When I proposed her for a visiting artist residency, I knew she would thrive in the edgy MIT research labs.”

As a visiting artist, Sutela was inspired by the sonifications of Jerry McAfee (1940) Professor of Engineering Markus Buehler, which are created by translating the vibrations of protein chains into audible sound. This is a field that she has been following attentively: different (still niche) scientific practices of observing life by listening instead of only looking.

As part of this research, Buehler had recently sonified the molecular structure of the coronavirus. “Not only can phenomena within the structure of materials — such as the motion or folding of molecules — be heard and open a new way to understand nature, but it also expands our palette of musical composition,” Buehler says. “When used reversibly, they yield a systematic approach to design new matter, such as new

The post Finding the love hormone in a stressed-out world appeared first on MIT News | Massachusetts Institute of Technology.