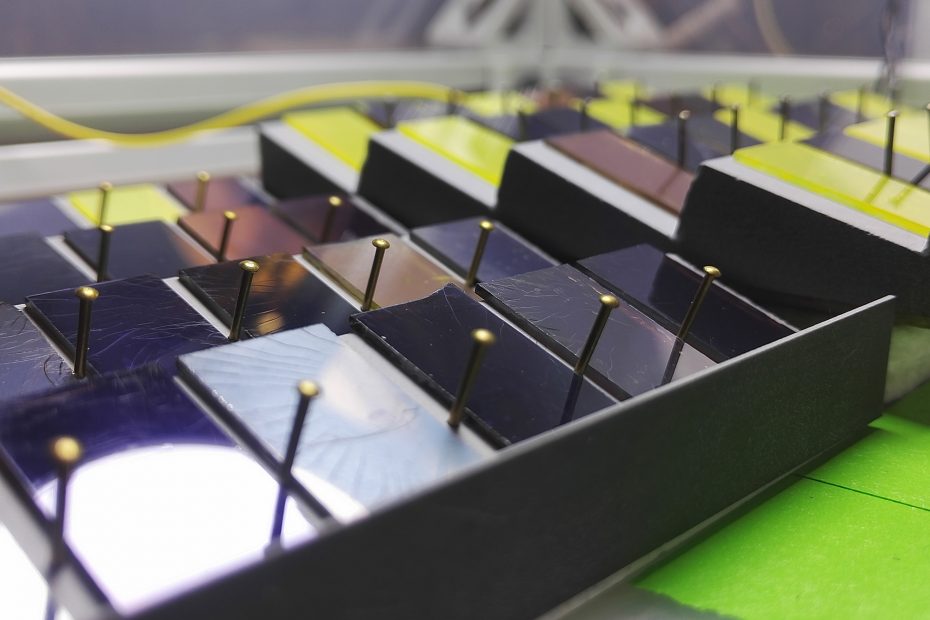 Materials called perovskites are widely heralded as a likely replacement for silicon as the material of choice for solar cells, but their greatest drawback is their tendency to degrade relatively rapidly. Over recent years, the usable lifetime of perovskite-based cells has gradually improved from minutes to months, but it still lags far behind the decades expected from silicon, the material currently used for virtually all commercial solar panels.

Now, an international interdisciplinary team led by MIT has come up with a new approach to narrowing the search for the best candidates for long-lasting perovskite formulations, out of a vast number of potential combinations. Already, their system has zeroed in on one composition that in the lab has improved on existing versions more than tenfold. Even under real-world conditions at full solar cell level, beyond just a small sample in a lab, this type of perovskite has performed three times better than the state-of-the-art formulations.

The findings appear in the journal Matter, in a paper by MIT research scientist Shijing Sun, MIT professors, Moungi Bawendi,  John Fisher, and Tonio Buonassisi, who is also a principal investigator at the Singapore-MIT Alliance for Research and Technology (SMART), and 16 others from MIT, Germany, Singapore, Colorado, and New York.

Perovskites are a broad class of materials characterized by the way atoms are arranged in their layered crystal lattice. These layers, described by convention as A, B, and X, can each consist of a variety of different atoms or compounds. So, searching through the entire universe of such combinations to find the best candidates to meet specific goals — longevity, efficiency, manufacturability, and availability of source materials — is a slow and painstaking process, and largely one without any map for guidance.

“If you consider even just three elements, the most common ones in perovskites that people sub in and out are on the A site of the perovskite crystal structure,” which can