Machine learning and the Search for E.T. 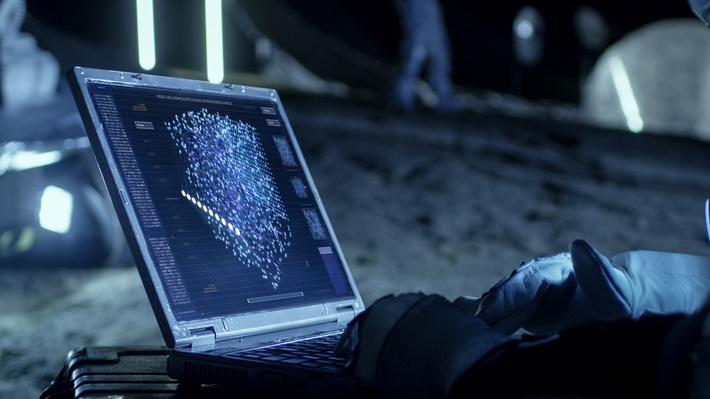 Machine Learning and the Search for E.T.

If there is life beyond Earth, it’s going to be found on an exoplanet—planets orbiting stars other than our own sun. The number of exoplanets is thought to number in the trillions [1], but despite an abundance of data from exoplanet-finding missions like Kepler, K2, and TESS, just a few thousand potential exoplanets have been confirmed. The biggest problem is a glut of information; About 30 GB is being collected every day from NASA’s Transiting Exoplanet Survey Satellite (TESS) mission [2], which launched in 2018. This gives astronomers an overwhelming amount of data to analyze. The sheer number of candidate stars, which stretches into the millions, confounds the problem and results in too many candidate exoplanets to manage without the assistance of ML.

In addition to information overload, another obstacle is how exoplanets are identified. The aim of the TESS missions was to find exoplanets by monitoring brightness changes in nearby stars. However, brightness changes are not easy to categorize; Light from stars is between 10 million and 10 billion times brighter compared to orbiting dim planets [3], making their identification a major challenge for astronomers. Another issue is the challenge of false positives. As a star rotates, stellar activity like starspots and granules on the star’s surface create the same “wobbles” as those created from orbiting rocky planets. This phenomenon creates many false positives when classified by human hands [4].

The solution to all these problems is machine learning, which can automate the task of exoplanet detection. ML has kept pace with advances in astronomy—with improved algorithms, accessibility for non-experts, and availability of enormous computational power through cloud computing and virtualization. This creates an ideal environment to team the two disciplines.

Various ML methods to automate exoplanet detection have emerged in the last few years.  Autovetter, first developed by McCauliff and colleagues in 2015 [5], was the first attempt to use ML for identification of exoplanets. Autovetter uses a random forest combined with manually labeled examples to learn and classify candidate events into three categories:

Shallue and Vanderburg [6] used a deep convolutional neural network (CNN) classifier named Astronet, which is open source and available on github [7], to increase the speed and sensitivity of exoplanet searches. The CNN was trained to classify signals from Kepler or TESS as exoplanets or false positives. The above figure, from Shallue and Vanderburg’s study, is a visualization of the 2D geometric space in which their CNN embeds its input light curves. True planet candidates are colored blue and false positives are colored red. Astronet continues to develop; In 2019, two new “super-Earths” were found by AstroNet-K2 using NASA’s Kepler space telescope [8]. A scaled-down, more precise CNN model was created in 2021 with 8x fewer trainable parameters than Astronet [10]. The hope is that these scaled-down versions may be able to be implemented on resource-constrained environments.

Many other studies have applied ML to the problem of finding exoplanets with varying success. Chaushev & Raynard [9] applied CNNs to data from the Next Generation Transit Survey (NGTS). This ground-based robotic search for exoplanets, located in the Atacama desert in northern Chile, has identified several new exoplanets.

The search for life begins with finding exoplanets, then narrowing the field to those planets in the “habitable zone,” which is, in short, where you would find liquid water. From there, spacecraft could be sent to analyze atmospheres, perhaps picking up signs of an earth-like atmosphere– a mix of oxygen, carbon dioxide, and methane would be a strong indication of possible life. Transit spectroscopy, where light from exoplanets is split and analyzed, could also provide information on gases and chemicals on those planets, including those connected to the possibility of life. [11] As this involves an incredible amount of classification and search data, if we do find life, it will be with the assistance of AI.

But there’s also another possibility: AI could help us look for alien intelligence in ways we haven’t even thought of yet. “I hope it’s there,” said NASA astronomer Shawn Domagal-Goldman. “I want it to be there. I’ll be planning a party if we find it.” [1]

[1] Life in The Universe What Are The Odds

[2] The Search for Life: Exoplanet Detection with Deep Learning

[4] A Survey of Stellar Activity

[10] The Search for Life: Exoplanet Detection with Deep Learning