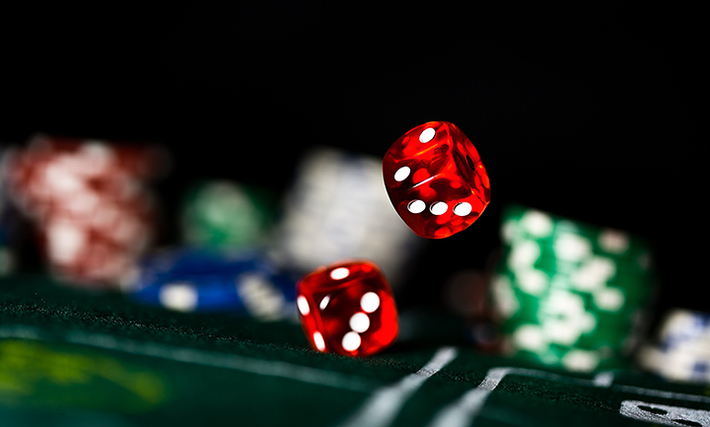 We live in a world where everyone needs to learn how to make informed decisions with incomplete and sometimes conflicting data. And that’s a big challenge because humans are inherently bad at making decisions.  And if you want proof, just visit Las Vegas.  Yes, Las Vegas has figured out how to monetize our stupid human decision-making (SHDM) flaws (Figure 1). 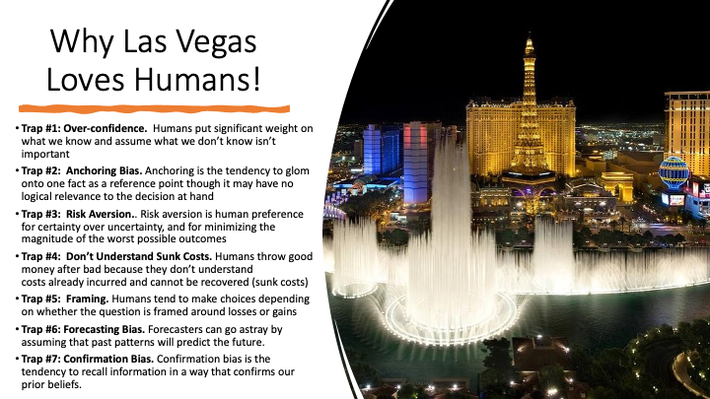 Preventive decisions can be particularly tricky, especially in highly emotional (politicalized) situations where the costs associated with being wrong are distorted.  We are seeing this situation play out in the real world with the COVID vaccination resistance (Figure 3). 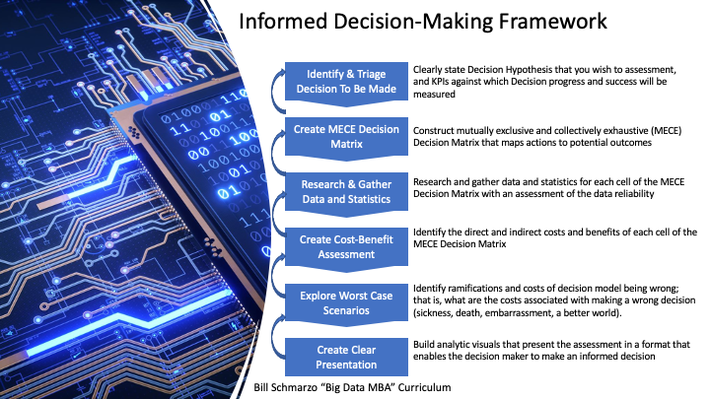 For my class at Menlo College, I am creating an exercise where the students will explore how to make informed decisions in situations of imperfect or even conflicting data (using the decision about wearing seatbelts).  The exercise starts by reviewing a process for making informed decisions in imperfect situations.  I call this “Decision Literacy.”

Whether we are overtly aware of it or not, everyone creates a “model” to guide their decision and gathers data as appropriate for the scale or importance of that decision.

Framing the Decision to be Made

To aid in making informed decisions in imperfect situations of incomplete, conflicting, and/or distorted data, we can embrace the Decision-making Framework of Figure 4. 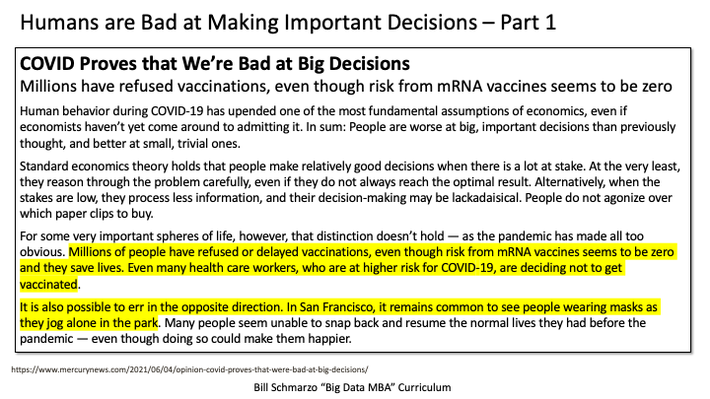 Some steps in the Informed Decision-making Framework:

The Importance of Properly Framing the Decision to be Made

How one frames the decision becomes important in the data gathering part of making an informed decision.  Are you trying to gather data to determine the right decisions or are you gathering data to support the decision that you have already made?

To reiterate this critical point in trying to make informed decisions:

There is a big difference!

To evaluate our decision options (to wear or not wear a seatbelt, to get or not get vaccinated) requires the following steps: 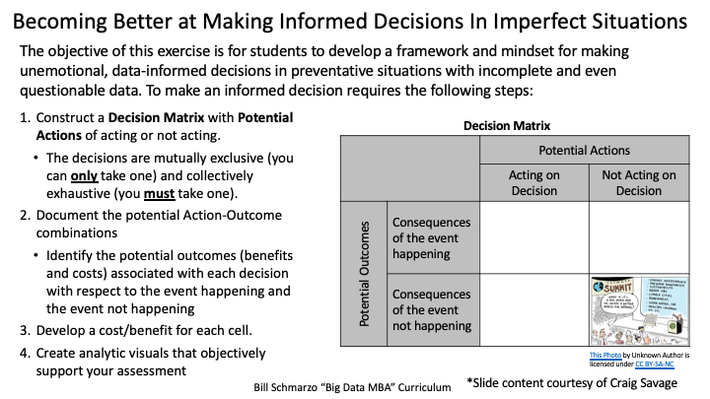 The Decision Matrix can guide us in the data gathering and analysis process (Figure 5).

Objectivity is everything.  If you come into this process with your mind already made up, then you will only find data that support your position and fabricate reasons to ignore the data that run counter to what you already believe.  If you have a vested interest in a certain decision outcome, then your objectivity is threatened, and the results of your analysis are likely to be biased.

The COVID pandemic has frustrated many of us who believe in data and facts to make informed decisions.  Being able to ingest new facts, toss out outdated facts, and ignore the droning of so-called “expert’s” self-serving and skewed opinions is the key to survival, not only as professionals, but as a species.

Finally, the decision process needs data that users can trust in order to make informed decisions. And having data that one trusts is part of our problem today. Even if the data comes from trustworthy sources, it’s very easy to take to social media and scream #FakeNews and create unjustified fear in the data. That’s why Critical Thinking is critical to making informed decisions. 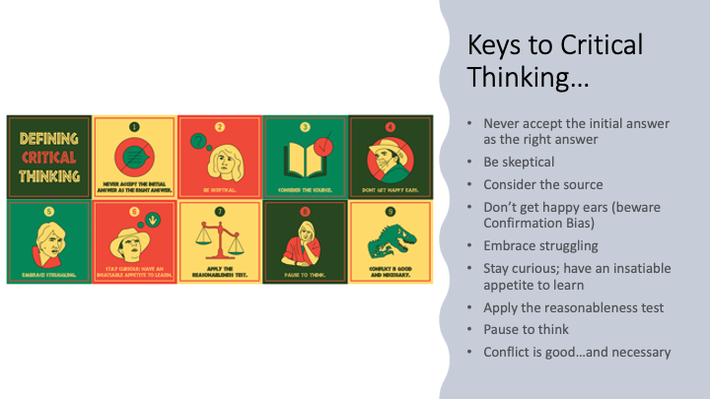 Critical thinking is more important than ever in a world where the media is constantly screaming their point of view (many times just to drive engagement, views, and profits).

The key to your bottom-line (and not someone else’s), is to think for yourself.  Period.

[1] A hypothesis is an assumption or an idea that is proposed for the sake of argument so that it can be tested to see if it might be true.