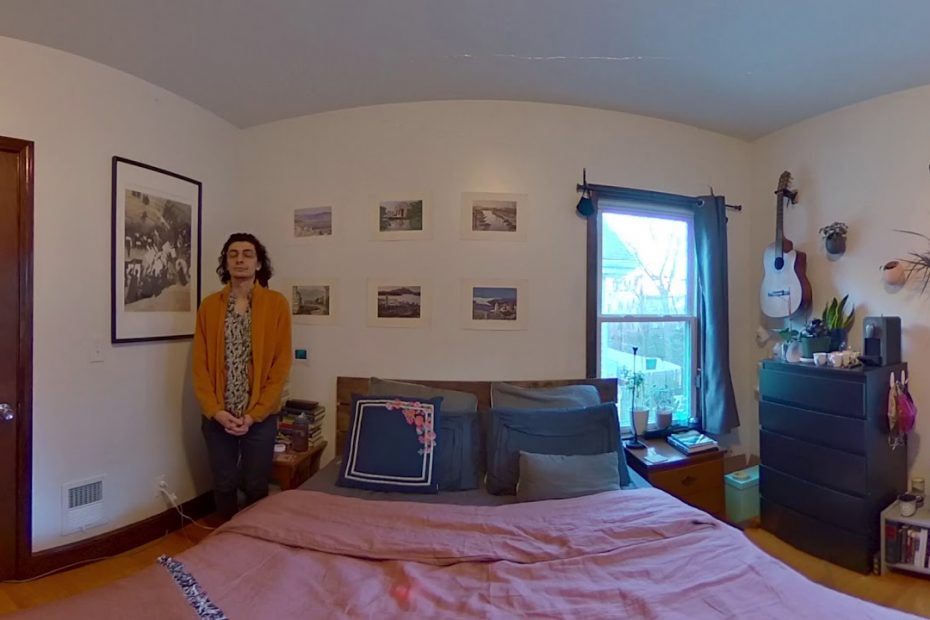 Every minute, a person just sitting or standing without moving sheds 100,000 particles that are 500 nanometers or larger. Is that person exercising? Now it’s 10 million particles per minute, says Jorg Scholvin, assistant director of user services for Fab.nano.

That’s why users of the MIT.nano cleanroom — which is controlled to have fewer than 100 such particles per cubic foot of air — wear full-body “bunnysuits” and other specialized garments to maintain the pristine environment required for nanoscale research.

Scholvin shared this lesson on gowning up during a virtual series of tours of the facility that was one of five courses highlighting the breadth of MIT.nano’s capabilities, initiated during MIT’s Independent Activities Period (IAP). The courses, several of which will be offered again this semester, also included a live nanofabrication demo and virtual classes on 360-degree photography, biomechanics in everyday life, and storytelling for science and engineering communication.

A glimpse at the guts of MIT.nano

The three-part series of virtual tours brought 56 attendees inside MIT.nano’s facilities. With a camera on a rolling tripod and a little ingenuity, Scholvin led the Zoom attendees through the cleanroom, comparing the layout to that of a grocery store: the bays where researchers work are like the aisles where customers shop, and the chases with the back ends of the equipment like the product shelves.

On the second day Scholvin was joined by Anna Osherov, assistant director for user services at Characterization.nano, for a tour of the nanoscale imaging suites located in MIT.nano’s basement level. Attendees learned about the planning that went into creating an ultra-quiet environment for the nano-characterization tools, including a vibration demo showing the importance of the plinth — a 50,000-pound slab of concrete balanced on a set of springs four feet above the ground to create a quiet, stable island for the ultrasensitive microscopes that sit on top.

The final tour in the series, led by MIT.nano

previousAI and X-rays: Identifying the many faces of COVID-19
nextMicrosoft PowerPoint’s AI-powered coach will hone your presentation skills everywhere