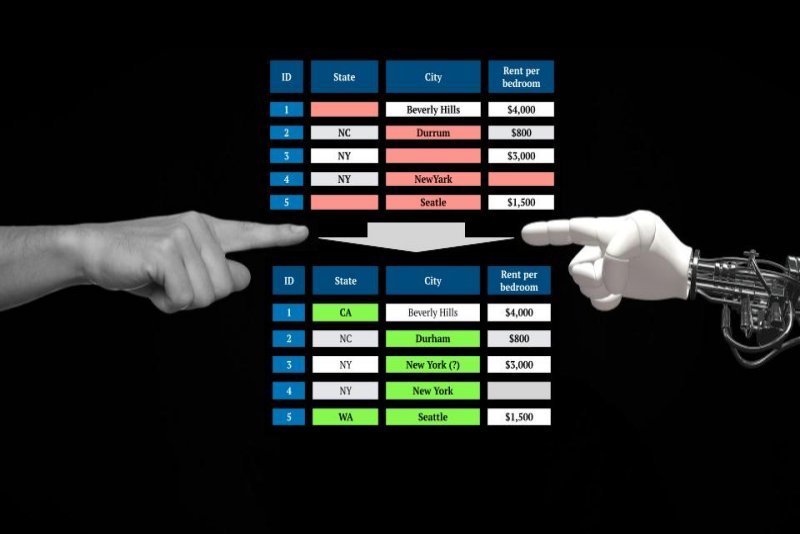 MIT researchers have created a new system that automatically cleans “dirty data” —  the typos, duplicates, missing values, misspellings, and inconsistencies dreaded by data analysts, data engineers, and data scientists. The system, called PClean, is the latest in a series of domain-specific probabilistic programming languages written by researchers at the Probabilistic Computing Project that aim to simplify and automate the development of AI applications (others include one for 3D perception via inverse graphics and another for modeling time series and databases).

According to surveys conducted by Anaconda and Figure Eight, data cleaning can take a quarter of a data scientist’s time. Automating the task is challenging because different datasets require different types of cleaning, and common-sense judgment calls about objects in the world are often needed (e.g., which of several cities called “Beverly Hills” someone lives in). PClean provides generic common-sense models for these kinds of judgment calls that can be customized to specific databases and types of errors.

PClean uses a knowledge-based approach to automate the data cleaning process: Users encode background knowledge about the database and what sorts of issues might appear. Take, for instance, the problem of cleaning state names in a database of apartment listings. What if someone said they lived in Beverly Hills but left the state column empty? Though there is a well-known Beverly Hills in California, there’s also one in Florida, Missouri, and Texas … and there’s a neighborhood of Baltimore known as Beverly Hills. How can you know in which the person lives? This is where PClean’s expressive scripting language comes in. Users can give PClean background knowledge about the domain and about how data might be corrupted. PClean combines this knowledge via common-sense probabilistic reasoning to come up with the answer. For example, given additional knowledge about typical rents, PClean infers the correct Beverly Hills is in California because of the high cost of rent where the respondent lives.