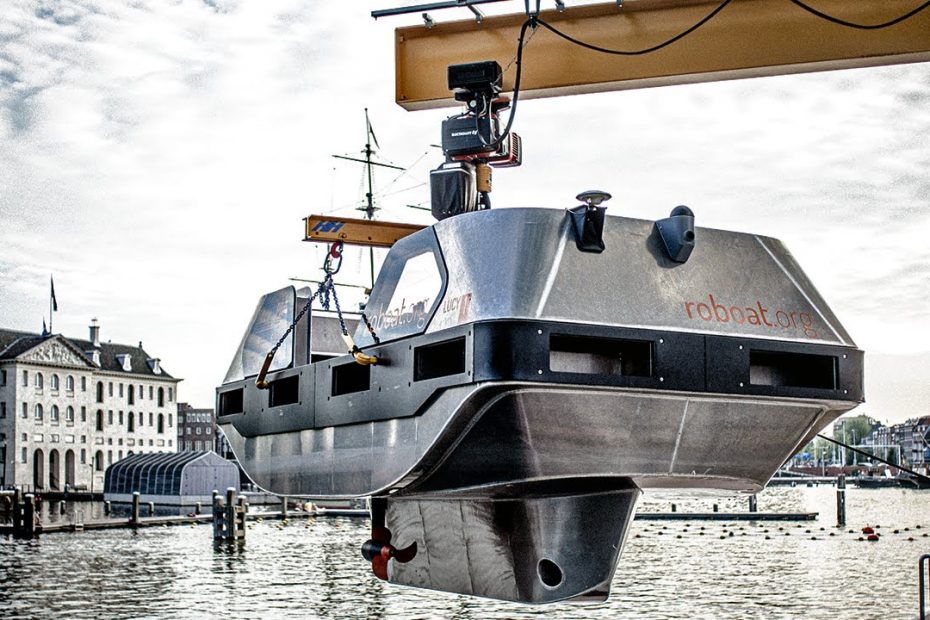 If you don’t get seasick, an autonomous boat might be the right mode of transportation for you.

Scientists from MIT’s Computer Science and Artificial Intelligence Laboratory (CSAIL) and the Senseable City Laboratory, together with Amsterdam Institute for Advanced Metropolitan Solutions (AMS Institute) in the Netherlands, have now created the final project in their self-navigating trilogy: a full-scale, fully autonomous robotic boat that’s ready to be deployed along the canals of Amsterdam.

“Roboat” has come a long way since the team first started prototyping small vessels in the MIT pool in late 2015. Last year, the team released their half-scale, medium model that was 2 meters long and demonstrated promising navigational prowess.

The boat looks futuristic — it’s a sleek combination of black and gray with two seats that face each other, with orange block letters on the sides that illustrate the makers’ namesakes. It’s a fully electrical boat with a battery that’s the size of a small chest, enabling up to 10 hours of operation and wireless charging capabilities.

“We now have higher precision and robustness in the perception, navigation, and control systems, including new functions, such as close-proximity approach mode for latching capabilities, and improved dynamic positioning, so the boat can navigate real-world waters,” says Daniela Rus, MIT professor of electrical engineering and computer science and director of CSAIL. “Roboat’s control system is adaptive to the number of people in the boat.”