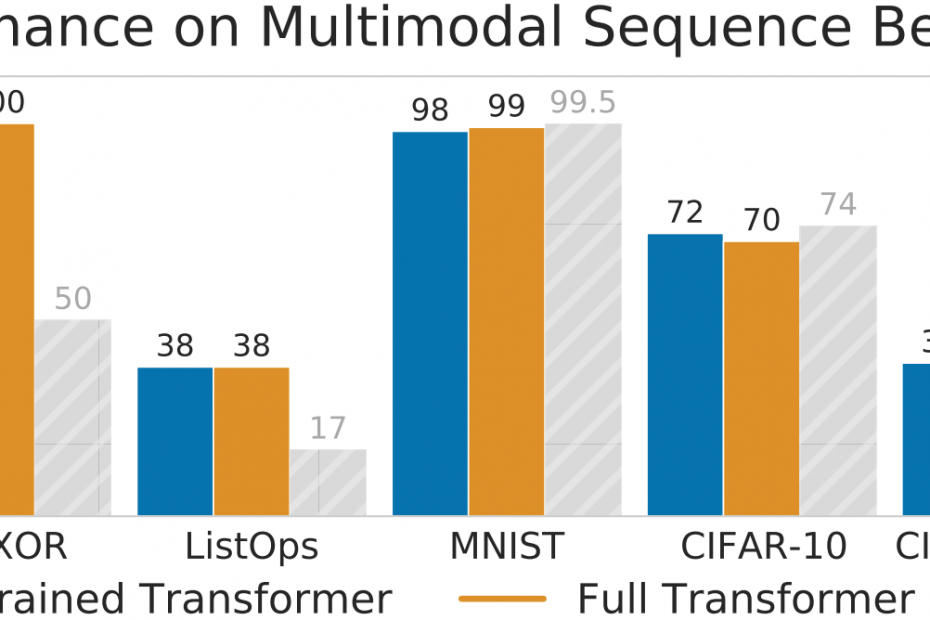 Transformers have been successfully applied to a wide variety of modalities: natural language, vision, protein modeling, music, robotics, and more. A common trend with using large models is to train a transformer on a large amount of training data, and then finetune it on a downstream task. This enables the models to utilize generalizable high-level embeddings trained on a large dataset to avoid overfitting to a small task-relevant dataset.

We investigate a new setting where instead of transferring the high-level embeddings, we instead transfer the intermediate computation modules – instead of pretraining on a large image dataset and finetuning on a small image dataset, we might instead pretrain on a large language dataset and finetune on a small image dataset. Unlike conventional ideas that suggest the attention mechanism is specific to the training modality, we find that the self-attention layers can generalize to other modalities without finetuning.

To illustrate this, we take a pretrained transformer language model and finetune it on various classification tasks: numerical computation, vision, and protein fold prediction. Then, we freeze all the self-attention blocks except for the layer norm parameters. Finally, we add a new linear input layer to read in the new type of input, and reinitialize a linear output layer to perform classification on the new task. We refer to this as “Frozen Pretrained Transformer”.

Across the tasks, a token fed to the model represents a small amount of information: for example, it could be a single bit, or a 4×4 image patch. In particular, the tokens can only communicate with each other via the self-attention mechanism, which is not being trained at all on the downstream task. We investigate if these mechanisms – learned exclusively from natural language data – can be used for another modality in zero shot.

We show test accuracies for a variety of tasks below. We FPT can match or improve the performance of training