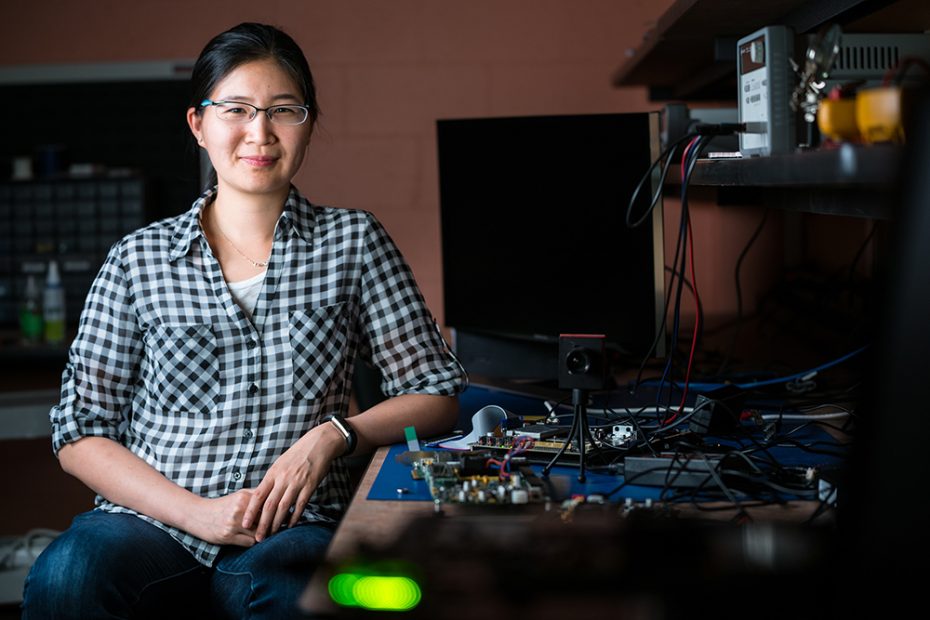 Not so long ago, watching a movie on a smartphone seemed impossible. Vivienne Sze was a graduate student at MIT at the time, in the mid 2000s, and she was drawn to the challenge of compressing video to keep image quality high without draining the phone’s battery. The solution she hit upon called for co-designing energy-efficient circuits with energy-efficient algorithms.

Sze would go on to be part of the team that won an Engineering Emmy Award for developing the video compression standards still in use today. Now an associate professor in MIT’s Department of Electrical Engineering and Computer Science, Sze has set her sights on a new milestone: bringing artificial intelligence applications to smartphones and tiny robots.

Her research focuses on designing more-efficient deep neural networks to process video, and more-efficient hardware to run those applications. She recently co-published a book on the topic, and will teach a professional education course on how to design efficient deep learning systems in June.

On April 29, Sze will join Assistant Professor Song Han for an MIT Quest AI Roundtable on the co-design of efficient hardware and software moderated by Aude Oliva, director of MIT Quest Corporate and the MIT director of the MIT-IBM Watson AI Lab. Here, Sze discusses her recent work.

Q: Why do we need low-power AI now?

A: AI applications are moving to smartphones, tiny robots, and internet-connected appliances and other devices with limited power and processing capabilities. The challenge is that AI has high computing requirements. Analyzing sensor and camera data from a self-driving car can consume about 2,500 watts, but the computing budget of a smartphone is just about a single watt. Closing this gap requires rethinking the entire stack, a trend that will define the next decade of AI.

Q: What’s the big deal about running AI on a smartphone?

A: It means that the data processing no longer has to take place in