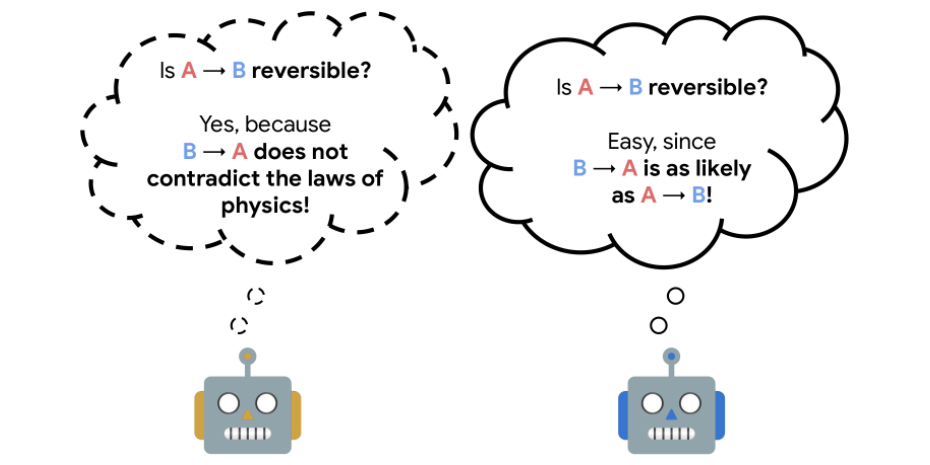 An approach commonly used to train agents for a range of applications from robotics to chip design is reinforcement learning (RL). While RL excels at discovering how to solve tasks from scratch, it can struggle in training an agent to understand the reversibility of its actions, which can be crucial to ensure that agents behave in a safe manner within their environment. For instance, robots are generally costly and require maintenance, so one wants to avoid taking actions that might lead to broken components. Estimating if an action is reversible or not (or better, how easily it can be reversed) requires a working knowledge of the physics of the environment in which the agent is operating. However, in the standard RL setting, agents do not possess a model of the environment sufficient to do this.

In “There Is No Turning Back: A Self-Supervised Approach to Reversibility-Aware Reinforcement Learning”, accepted at NeurIPS 2021, we present a novel and practical way of approximating the reversibility of agent actions in the context of RL. This approach, which we call Reversibility-Aware RL, adds a separate reversibility estimation component to the RL procedure that is self-supervised (i.e., it learns from unlabeled data collected by the agents). It can be trained either online (jointly with the RL agent) or offline (from a dataset of interactions). Its role is to guide the RL policy towards reversible behavior. This approach increases the performance of RL agents on several tasks, including the challenging Sokoban puzzle game.

Reversibility-Aware RL
The reversibility component added to the RL procedure is learned from interactions, and crucially, is a model that can be trained separate from the agent itself. The model training is self-supervised and does not require that the data be labeled with the reversibility of the actions. Instead, the model learns about which