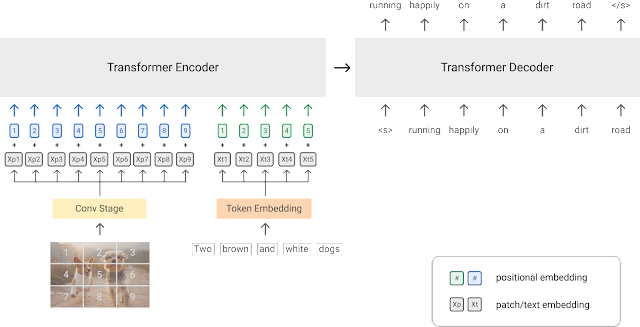 Vision-language modeling grounds language understanding in corresponding visual inputs, which can be useful for the development of important products and tools. For example, an image captioning model generates natural language descriptions based on its understanding of a given image. While there are various challenges to such cross-modal work, significant progress has been made in the past few years on vision-language modeling thanks to the adoption of effective vision-language pre-training (VLP). This approach aims to learn a single feature space from both visual and language inputs, rather than learning two separate feature spaces, one each for visual inputs and another for language inputs. For this purpose, existing VLP often leverages an object detector, like Faster R-CNN, trained on labeled object detection datasets to isolate regions-of-interest (ROI), and relies on task-specific approaches (i.e., task-specific loss functions) to learn representations of images and texts jointly. Such approaches require annotated datasets or time to design task-specific approaches, and so, are less scalable.

To address this challenge, in “SimVLM: Simple Visual Language Model Pre-training with Weak Supervision”, we propose a minimalist and effective VLP, named SimVLM, which stands for “Simple Visual Language Model”. SimVLM is trained end-to-end with a unified objective, similar to language modeling, on a vast amount of weakly aligned image-text pairs (i.e., the text paired with an image is not necessarily a precise description of the image). The simplicity of SimVLM enables efficient training on such a scaled dataset, which helps the model to achieve state-of-the-art performance across six vision-language benchmarks. Moreover, SimVLM learns a unified multimodal representation that enables strong zero-shot cross-modality transfer without fine-tuning or with fine-tuning only on text data, including for tasks such as open-ended visual question answering, image captioning and multimodal translation.