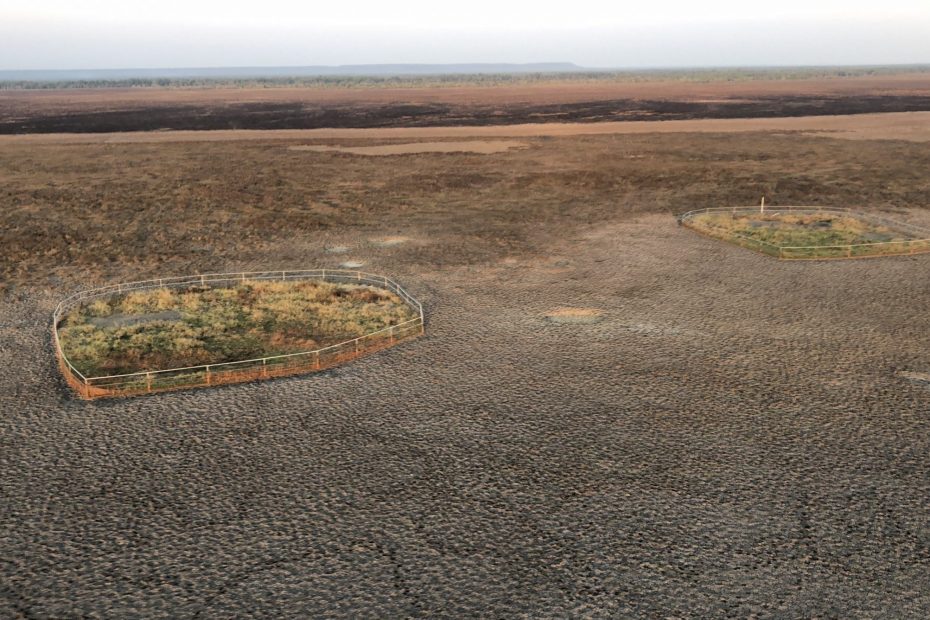 A feral buffalo can weigh 1,200 kgs (2,645 pounds) and stand 188 centimeters (6 feet 2 inches) at the shoulder. They are huge, unpredictable animals – and although Crocodile Dundee was able to stare one down in a movie, in real life they are far more dangerous to people and the environment.

Introduced by pioneer farmers in Australia’s far north in the 1800s, buffalo went wild in the mid-1900s when settlements were abandoned and stock was set loose.

Today feral animals – both buffalo and cattle – are a major threat to the ecology and economy of Northern Australia. Millions of dollars are invested in feral animal management programs – but a new approach is being investigated that brings together on the ground Indigenous knowledge, space technology and artificial intelligence with a goal to create the world’s largest remote herd management system.

The damage caused by feral buffalo is widespread

Microsoft has been working with CSIRO on the groundbreaking initiative – developing AI algorithms and machine learning pipelines that will act as the digital foundations for the program. This is intended to build new economic, environmental and cultural opportunities as well as create evidence backed ‘best practice’ for managing large herds using AI and space technology.

Feral herds can damage the land

In a program dubbed SpaceCows, the animals will be tracked across a combined 22,000-plus square kilometre area, taking in the Arafura swamp catchment in Arnhem Land in the Northern Territory, and Upper Normanby and Archer River on Queensland’s Cape York Peninsula.

Instead of using conventional wireless technology, which does not lend itself to the natural topography and harsh environment in Australia’s far north, tag data will be collected using Kinéis’ 25 nanosatellites IoT constellation, at 650 km of altitude   and Microsoft Azure.

Artificial intelligence will interpret the data and