System trains drones to fly around obstacles at high speeds 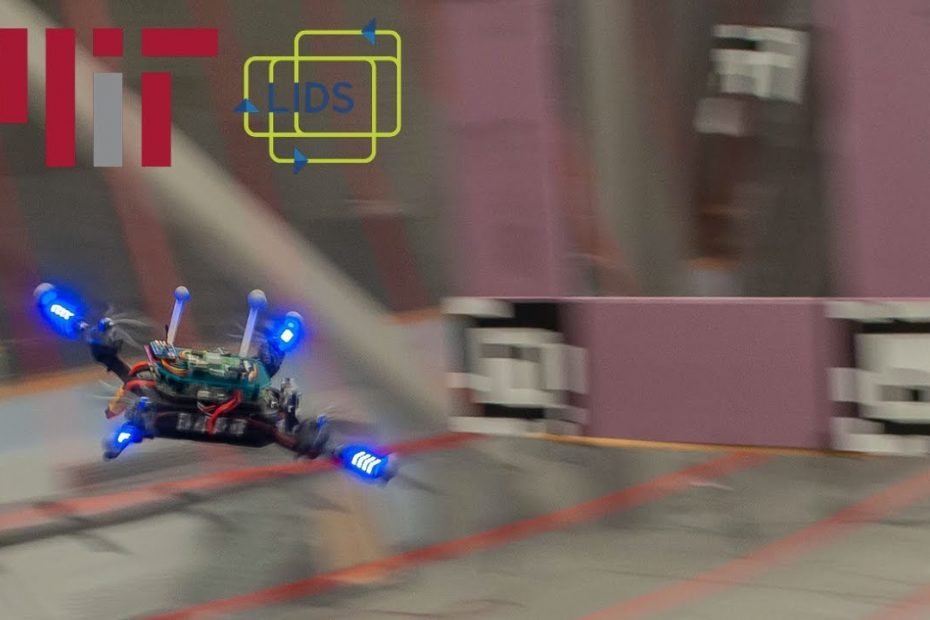 If you follow autonomous drone racing, you likely remember the crashes as much as the wins. In drone racing, teams compete to see which vehicle is better trained to fly fastest through an obstacle course. But the faster drones fly, the more unstable they become, and at high speeds their aerodynamics can be too complicated to predict. Crashes, therefore, are a common and often spectacular occurrence.

But if they can be pushed to be faster and more nimble, drones could be put to use in time-critical operations beyond the race course, for instance to search for survivors in a natural disaster.

Now, aerospace engineers at MIT have devised an algorithm that helps drones find the fastest route around obstacles without crashing. The new algorithm combines simulations of a drone flying through a virtual obstacle course with data from experiments of a real drone flying through the same course in a physical space.

The researchers found that a drone trained with their algorithm flew through a simple obstacle course up to 20 percent faster than a drone trained on conventional planning algorithms. Interestingly, the new algorithm didn’t always keep a drone ahead of its competitor throughout the course. In some cases, it chose to slow a drone down to handle a tricky curve, or save its energy in order to speed up and ultimately overtake its rival.

“At high speeds, there are intricate aerodynamics that are hard to simulate, so we use experiments in the real world to fill in those black holes to find, for instance, that it might be better to slow down first to be faster later,” says Ezra Tal, a graduate student in MIT’s Department of Aeronautics and Astronautics. “It’s this holistic approach we use to see how we can make a trajectory overall as fast as possible.”