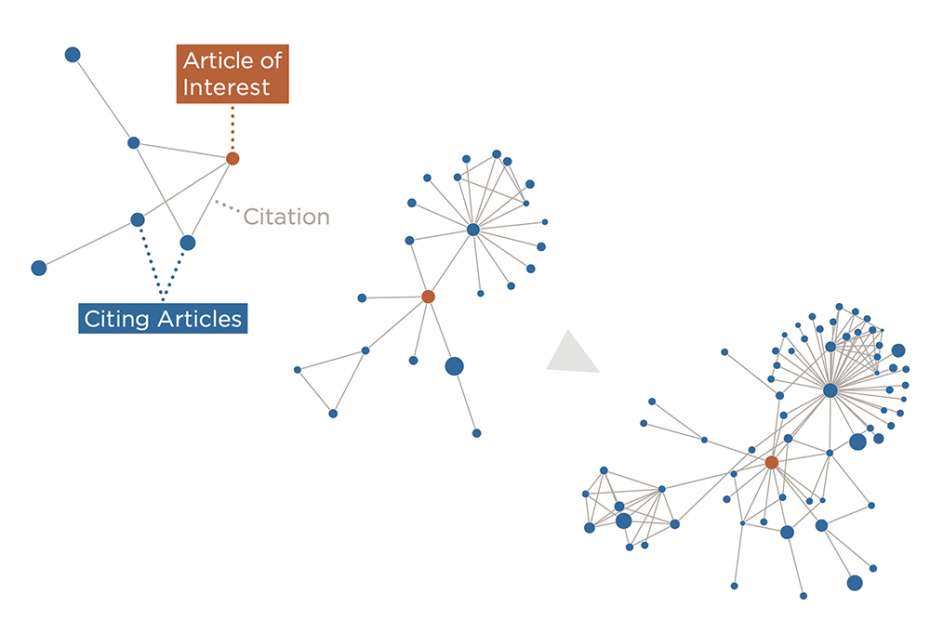 An artificial intelligence framework built by MIT researchers can give an “early-alert” signal for future high-impact technologies, by learning from patterns gleaned from previous scientific publications.

In a retrospective test of its capabilities, DELPHI, short for Dynamic Early-warning by Learning to Predict High Impact, was able to identify all pioneering papers on an experts’ list of key foundational biotechnologies, sometimes as early as the first year after their publication.

James W. Weis, a research affiliate of the MIT Media Lab, and Joseph Jacobson, a professor of media arts and sciences and head of the Media Lab’s Molecular Machines research group, also used DELPHI to highlight 50 recent scientific papers that they predict will be high impact by 2023. Topics covered by the papers include DNA nanorobots used for cancer treatment, high-energy density lithium-oxygen batteries, and chemical synthesis using deep neural networks, among others.

The researchers see DELPHI as a tool that can help humans better leverage funding for scientific research, identifying “diamond in the rough” technologies that might otherwise languish and offering a way for governments, philanthropies, and venture capital firms to more efficiently and productively support science.

“In essence, our algorithm functions by learning patterns from the history of science, and then pattern-matching on new publications to find early signals of high impact,” says Weis. “By tracking the early spread of ideas, we can predict how likely they are to go viral or spread to the broader academic community in a meaningful way.”

The paper has been published in Nature Biotechnology.

Searching for the “diamond in the rough”

The machine learning algorithm developed by Weis and Jacobson takes advantage of the vast amount of digital information that is now available with the exponential growth in scientific publication since the 1980s. But instead of using one-dimensional measures, such as the number of citations, to judge a publication’s impact, DELPHI was trained on a full time-series network of journal article